The SEO & webmaster community collectively-crapped themselves upon learning that, this summer Google will be rolling out Penguin 2.0. According to a recent video released by Matt Cutts of Google, this greatly-enhanced version of Google's spam-busting technology will take a direct aim at bogus spam sites, sites with unnatural backlinks, and other forms of trickery used to improve page rank.

Ok, so what makes Penguin 2.0 different?

Keep in mind that some of the best and brightest in the country have had close to a year to develop this anti-spam software update. The most important thing to remember when considering the what a substantial change this is, is that it involves a major change to their algorithm. When algorithm updates are rolled-out, the effects are powerful and sweeping and made almost instantaneously.

From the information that's been shared thus far regarding Penguin 2, one can only wonder just how much online clutter will be wiped clear during the first wave of implementation. In their webmaster training and education videos, Google has suggested that their new Penguin software will become more effective once the first wave of blatant spam is addresses, and should continue to increase in effectiveness over time. 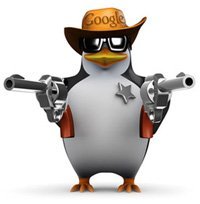 The Advent of Automatic Site Penalties?

Before Google Penguin 2, unnatural site penalties were sent out by a representative from Google. The new algorithm has the ability to scan sites, identify unnatural backlinks, and automatically assess a penalty. The respective webmaster would then be notified that the site had been penalized. This has many outraged, however, as in the past it was possible to discuss your penalty with a Google associate.

That is the true power of a web-based algorithm at its finest; since it has already been established that a violation has been committed, there is no grounds for an appeal. Then again, it is important to remember that the ultimate goal according to Google, is to provide the user with a better, more rewarding browsing experience.

If you're playing by the rules, following established Google guidelines and webmaster regulations, you have little to worry about. Penguin 2.0 will be taking a hard line at spam sites plain and simple, and there isn't a person reading this who won't agree that there's simply too much of it out there.

Building & Branding Websites that Get Results

The world's fastest and most SEO friendly website code.